The Best Movies of 2022
Let’s face the facts: 2022 was a fantastic year for filmmaking. During a dire time when the world was falling sick amidst a problematic pandemic, the general public felt a greater need than ever for movie magic. Whether it’s joy of watching Tom Cruise fly to soaring heights or grief of bidding Wakanda-ful movie-stars that recently died goodbye, it found the Cinema art-form reach an all-time high. Given the sheer number of movies I saw this year, compiling a list wasn’t as simple as it may appear. Nevertheless, listed below are my favorite movies of the year.

If you are a movie-buff or interested in filmmaking, I highly recommend watching films discussed below. 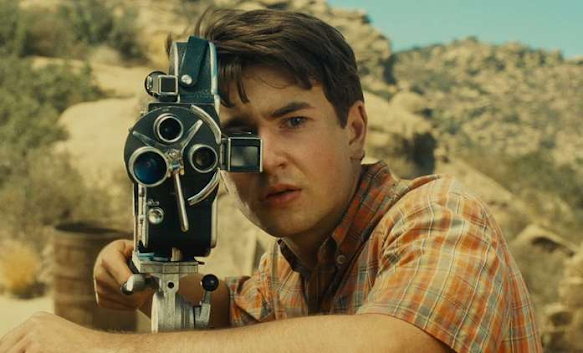 As far back as I can remember, I’ve always wanted to become a film writer. From an early age, I’ve been drawn towards the magic of the moving image as an art-form with power to deliver a meaningful message. However, my dreams have often collided with cutthroat realities of living in a world where life is rarely like the movies. As someone who lives and breathes movies, Steven Spielberg’s masterpiece “The Fabelmans” appears as if it was made specifically for me. An intimate, heartbreaking and powerful autobiographical drama, it showcased childhood trauma that caused the formation of the greatest filmmaker in Cinema. Watching Sammy Fabelman experiencing his first film in theaters brought back fond memories of my first time being introduced to Cinema. Ultimately, it’s a passionate love letter to a dying art-form penned by one of the world’s greatest filmmakers without whom it’s unlikely I would have ever been inspired to put pen to paper becoming a writer. If “movies-are-dreams-you’ll-never-forget”, this piece of art will forever hold a precious place in my heart for giving my life a fresh start. 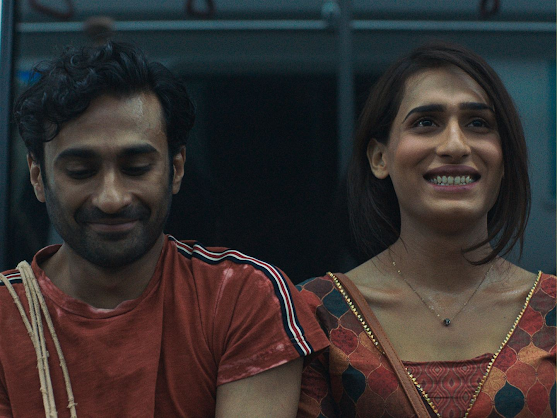 Pakistan has always been a conservative land where LGBTQ communities are scarcely allowed to take a stand without getting banned. Outrage towards same-sex marriage has become part of Pakistan’s national image. Following orders of the government, filmmakers are forbidden from documenting the mistreatment experienced by homosexual communities in entertainment. However, recently everything changed when Saim Sadiq’s “Joyland” became the first Pakistani film shortlisted as an Oscar nominee. An intimate, heartbreaking and sweeping arthouse drama, it marked significant step forwards for Pakistani Cinema by battling the country’s homophobia. Above all, it made me proud to be a native of a joyous land where filmmakers are taking a stand to make movies even if they risk being banned. While the Academy Awards are months away, my fingers are crossed it will win for celebrating LGBTQ communities in one of the world’s most misunderstood countries today. 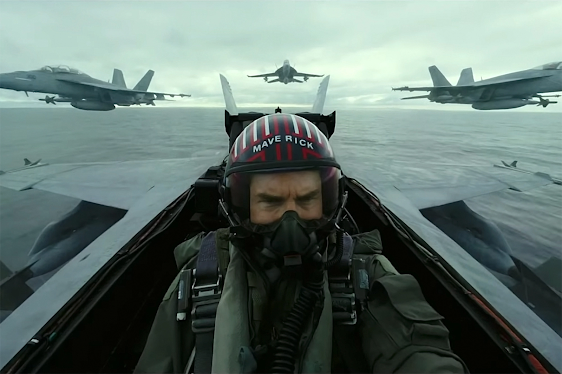 Few actors have the ability to attract audiences to theaters by putting their lives in dangers like Tom Cruise. Cruise has always demonstrated hard-working commitment to entertain through death-defying stunts even when it means putting himself in pain. Whether he’s dangling on an airplane in takeoff mode or climbing the world’s tallest building in the Middle East, it’s become impossible to stop the movie-star from performing his own stunts. Just when it seemed like Cruise had performed every stunt imaginable in the world, he found ingenious ways to top gun his game again in Joseph Kosinski’s “Top Gun: Maverick”. An action-packed, nostalgic and heartwarming sequel, it demonstrated the Cruise-ing movie-star hasn’t lost his ability to take audiences breath away. If Cruise plans on manufacturing more blockbusters throughout his long-running career, they better suit up and become prepared because it’s going to be an impossible mission to top gun this one. 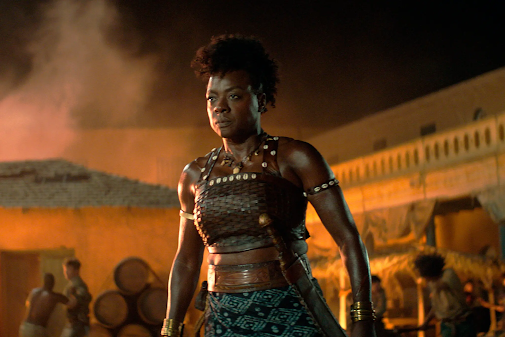 Racism against African-Americans has permeated throughout U.S. history. Dating back to slavery, African-Americans have faced oppression in the country. Therefore, it’s easy to see why Hollywood has commonly highlighted mistreatment faced by black communities in entertainment. However, the stories of black warriors that fight for their rights have often been hidden in plain sight. In this regard, Gina Prince-Blythewood’s “The Woman King” represented a historic achievement for African-Americans. An intimate, heartfelt and empowering historical drama, it shed light on a little-known black tribe that achieved slave emancipation during the 19th Century. During a time when Black Lives Matter more than ever, it’s an empowering reminder that centuries-old stories of African-American warriors that broke barriers deserve to be told. 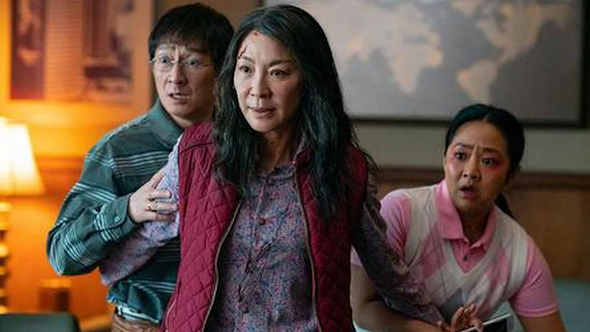 5. Everything Everywhere All At Once

Originality is a rare characteristic scarcely ever seen in mainstream blockbusters. Whether it is sequels, spin-offs or adaptations, Hollywood has always drawn inspiration from existing material to capture audiences’ attention. In this regard, the Daniels’ “Everything Everywhere All At Once” proved to be an out-of-the-ordinary exception. An ambitious, thought-provoking and meaningful sci-fi thriller, it offered entertainment unlike anything audiences had ever seen before on the big-screen. At a time when audiences commonly complain about Hollywood running out of creative ideas, it’s reassuring to be reminded that every now and then movies like “Everything Everywhere All At Once” are still achieving seal-of-approval from studios to be made. 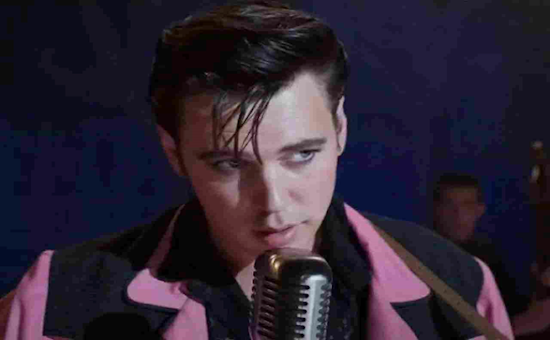 It isn’t easy to step into Blue Suede Shoes of a deceased musician whose records still dominate headline news. However, Austin Butler does the late Elvis Presley full justice in Baz Luhrmann’s “Elvis”. An intimate, heartwarming and sprawling biopic, it demonstrated fascinating insights into the suspicious mind of a one-of-a-kind icon that left an indelible legacy behind. Not only did Butler resemble Elvis through spot-on physical appearance, but he embodied the musician’s larger-than-life personality. At a time when audiences have forgotten Elvis Presley, it’s a mar-Elvis reminder that the singer looking for trouble has come to the right place to leave smiles on everyone’s face regardless of his controversial relationship with race. 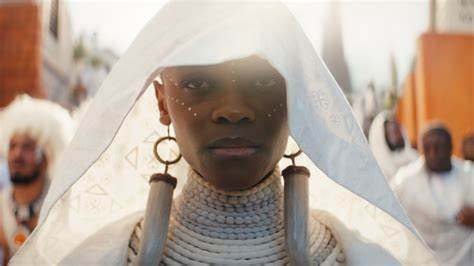 Nearly two years after Chadwick Boseman passed away, it’s safe to say that the world hasn’t recovered from the death of the icon today. Boseman’s death represented a crushing blow for Marvel forcing the studio to proceed without its world-famous hero. Therefore, the odds were stacked against Ryan Coogler’s favor when he set out to produce “Black Panther: Wakanda Forever”. However, the sequel found a Marvel-ous way to pay tribute towards an actor who had recently passed away. Sequels scarcely live up to superior predecessors, but it proved a Wakanda-ful exception. It left audiences reminiscing charisma of a deceased actor as precious as the Vibranium treasured in Wakanda. 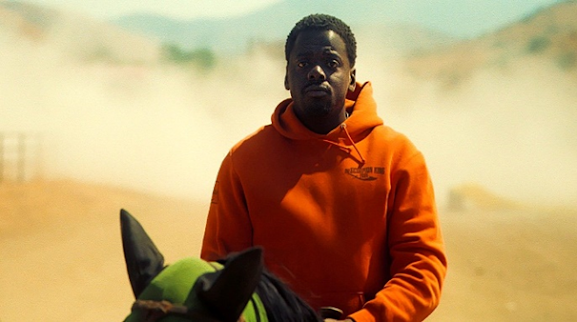 Not many filmmakers have the ability to instill terror in hearts of movie-goers like Jordan Peele. As his Oscar-winning debut “Get Out” proved, Peele has always been successful at discussing social issues such as racism facing black communities in America. Peele’s strengths as a filmmaker were clearly evident in “Nope”. An absorbing, thought-provoking and suspenseful thriller, it found the filmmaker unpeeling layers of obstacles associated with extraterrestrial spectacle. You will definitely say yes rather than nope to a blockbuster that has given African-Americans a glimmer of hope. 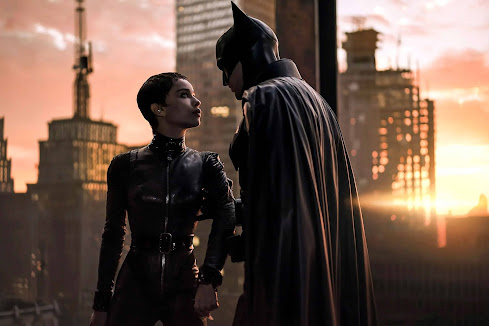 When I first heard about a new Batman movie, I must confess that I was rather apprehensive. At first glance, it didn’t appear like the caped crusader portrayed towards perfection in Christopher Nolan’s legendary “The Dark Knight” trilogy required a modern-day makeover. Despite his charisma, Robert Pattinson known for playing vampires in “Twilight” didn’t seem like the right actor for Batman at first sight. Nevertheless, Matt Reeves’ “The Batman” took me by surprise. An outstanding interpretation, it suggested the superhero hadn’t lost his timeless appeal in the modern generation. 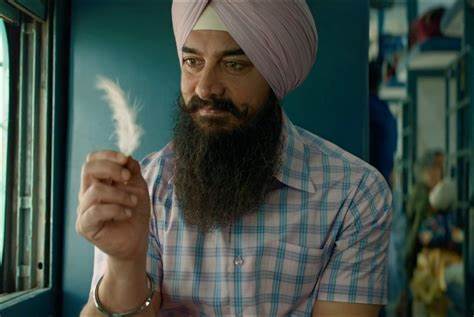 Certain classics are so celebrated that they risk being ruined if remade. Robert Zemeckis’ “Forrest Gump” is definitely one of them. I rolled my eyes in surprise when I first heard a Bollywood version of the Oscar-winner was in production. Nevertheless, the remake turned out to be a surprising success. Aamir Khan suggested he hadn’t lost his abilities to captivate audiences radiate charisma as delicious as a box of chocolate. Watching a Bollywood superstar at the top of his career “Run-Forrest-Run!” to honor a classic film beyond compare was a wonderful way to cap off the year.